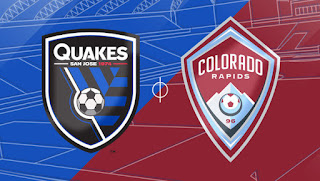 While other leagues around the world are winding down, MLS is just getting started.  The MLS transfer window closed on Monday and it’s no surprise the Rapids made little to no ripples in the ocean that is the transfer market.   This is not new news; excluding Tim Howard, have the Rapids ever signed someone the fans wanted?  Some fans didn’t want Howard either.  Some feel that a summer window arrival can mess up chemistry. Is that what happened when Timmy got here last year?
Now on the flipside, this season is very different from last year. Maybe a high caliber player will alter the chemistry (for the good) coming into the team mid-way through the season.  But, that’s all spit in the rain at this point as the window to move guys is closed until July 10th.  Now we shift our focus to the players on the pitch and the result after 90+ minutes.
The Rapids run of form is bad enough that that the superstitious will change up everything this week, if they haven’t done it already.  I’m drinking my coffee out of a 35 year old Detroit Tigers mug back when they sucked; the Rapids one will have to stay on the shelf.  No FIFA 17 this morning, instead I calmly looked down the scope of a sniper rifle and got my therapy though well timed headshots.  Tailgate attire will be different too.
Today’s matinée is the Rapids v Earthquakes, so it doesn’t help matters much going up against a team that they always struggle to beat.  The Rapids are 19-28-15 against San Jose and none of those games were offensive. The Rapids player to have scored the most against SJ was Paul Bravo with 10. On the current roster Kevin Doyle has bagged two against the Earthquakes.  San Jose also has John Spencer working with Dom Kinnear, who won a cup together in Houston.
The odds are surely stacked against the Rapids, but maybe that is what they want.  All season last year the underdog thing was something that the team held on to.  This year, when expectations are different it seems as though their mentality couldn’t adjust to it.  This roster is full of guys who can get results; it really comes down to can these guys play without fear? The fear of losing must be first to go.  There is also the fear of letting your teammates down and your coachs down.  Fear cannot play a part in any of the guys’ minds today. A win from today will do great things for everyone mentality.
Speaking of the players, there will be a small change to the lineup due to Mekeil Williams double yellow last week.  There are a few options at Pablo’s disposal.    He could drop Kortne Ford in to the left back position, or slot Dillon Serna back there.  Or, he could move Eric Miller to leftback and then put Marlon at rightback.  I’m going with the latter.  Marley is still the assist leader and was last year, and the year before that he played a lot of right back in Charlotte.  Last year Marc Burch wasn’t always starting, and Eric Miller filled the void very well.  Some may recall there was attempts to play Williams last year, but eventually lost his spot to both Burch and Miller.
Everything else should remain the same, despite my belief that we may not need the most “experienced” starting XI, but rather a group of guys who just want to play, regardless of experience or age.  At this point there really isn’t much to lose; this is the roster we got until at least mid-July, so why not make some changes to find the right set of guys.
Caleb Calvert could be back on the bench, Axel Sjoberg just needs to get match fit, lil Dill might be the second half spark plug we need and maybe Marley at rightback is what we need for Doyle to get on the score sheet.
Remember, this is an early game, 2pm kickoff, 11am tailgate and its aired on UniMas in case you can’t make it out to the Dick.
Predicted starting XI: Howard, Hairston, Watts, Ford, Miller, Powers, Azira, Saied, Doyle, Gashi, Gordon.